First time I heard the phrase, “dad bod”, I was a little confused. First, I didn’t really know what that meant, me being a dad and all. Second, evidently, many men sporting the dad bod were satisfied with the way they looked. Third, there was a significant number of women that were saying that they preferred a man with a dad bod. 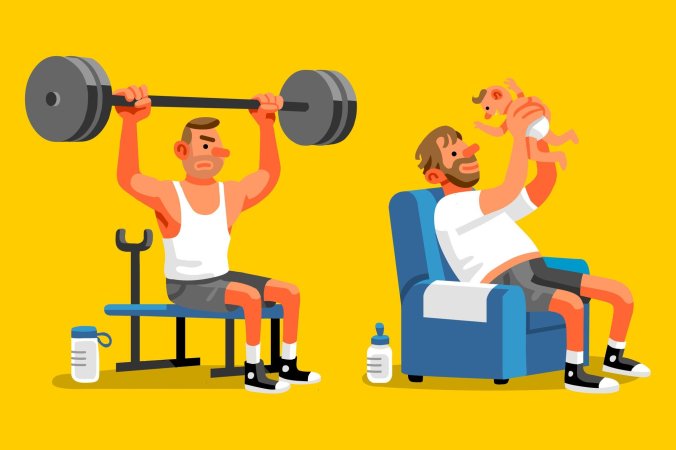 So, what is a dad bod? In a recent article from the New York Times, Losing the Fight Against ‘Dad Bod’, it is quantified as being 5 – 15 pounds over what might be considered ideal. It’s rounder and maybe includes a slight beer belly. OK, so, in the scheme of things, when roughly 70% of the US population is classified as overweight and 36% considered obese, 5 – 15 pounds doesn’t seem so bad.

I haven’t seen any documented rationale explaining why men might be satisfied with a dad bod, but, taking a guess, I’d say it’s because it’s not so hard to maintain and allows them to enjoy more food and drink than their ripped body toting counterparts.

And, yes, women do seem to like the look. This has been surveyed and the overall response as to why they like it, seems to be that men are “less neurotic” about their looks which means more relaxed eating habits and not spending endless hours at the gym. This leaves more time to be spent nurturing the kids, doing things around the house, and taking care of the wives.

Should you be sporting a dad bod? Well, it’s unlikely that 5 – 15 pounds over ideal body weight is going to present a health issue (but, that’s a decision for your doctor to make), so it really comes down to your own perception of how you look. If you are happy with the way you look, rock on. If not, then you need to take the dietary and exercise steps to get leaner.

Big final note: just because you are fine with your dad bod, doesn’t mean you can ignore exercise or diet completely. You still need to eat reasonably healthy and at least get a minimum of exercise to maintain your strength, stamina, and mobility in order to be able to do the physical things that we want as we get older.

I’d love to hear your thoughts on this topic.